The World of Languages 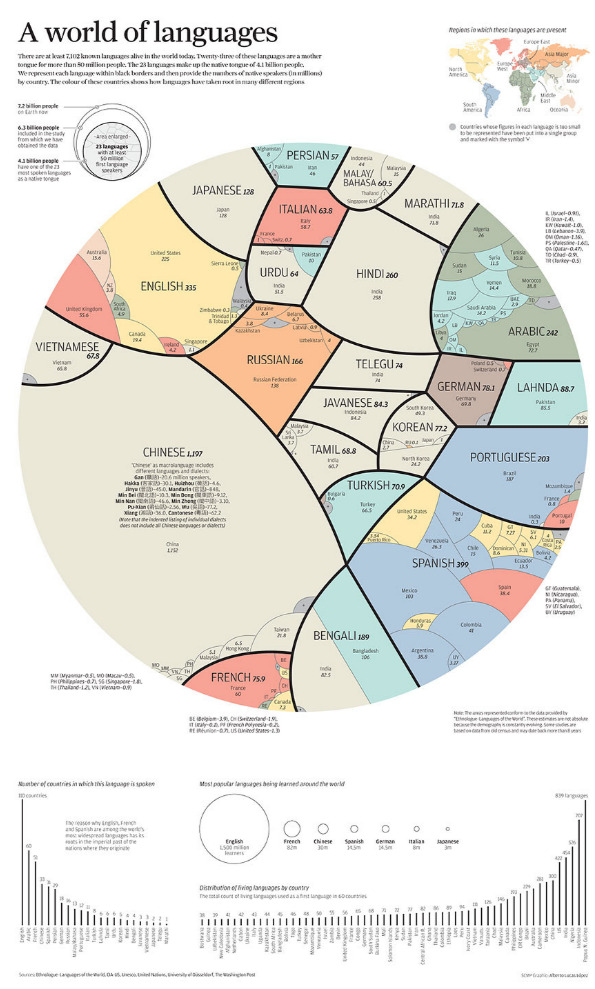 The Languages of the World

On this Infographic we can see the most spoken languages in the world. I highlight the English, the French, the Portuguese and the Spanish that sum up at a staggering 1.2 billion people, excluding still all those natives from other countries that understand one or more of them.

I work with these four languages, so I can help you communicate with a sixth of the world population. Do you take the challenge?

This Infographic was taken from www.boredpanda.com who credits it to Dovas.